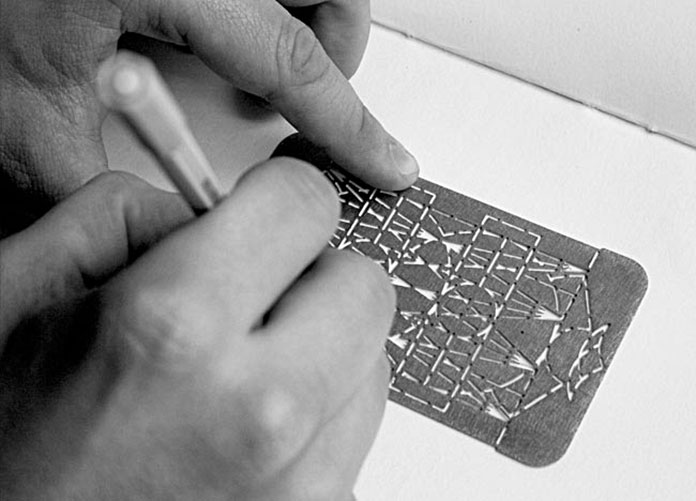 «Initiated as a project at Werkplaats Typographie, Dries Wieuwaters began exploring a stencil based system originally designed by Joseph A. David. In 1876 David acquired the patent for a system that he had invented for sign-writers. With a universal stencil, all UPPERCASE, lowercase, numbers, punctuation, accents etc could be sourced from the grid of the stencil. Dries used this stencil or Plaque Découpée Universelle (PDU) and began an exploration into the liberties and restrictions of a unified grid.» (cit. manystuff.org) 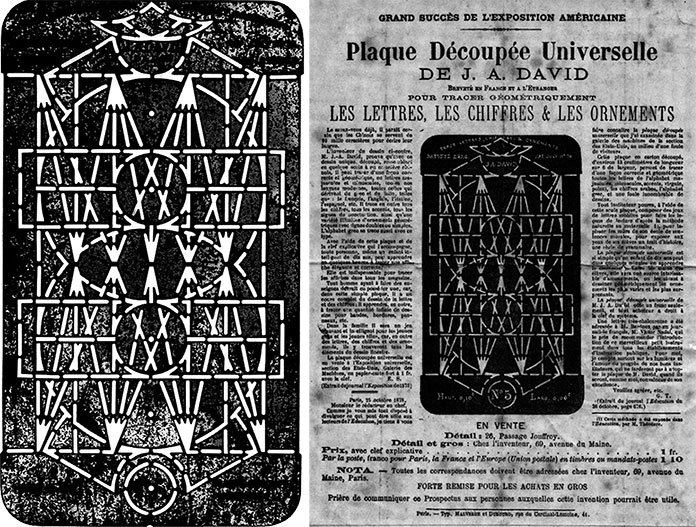 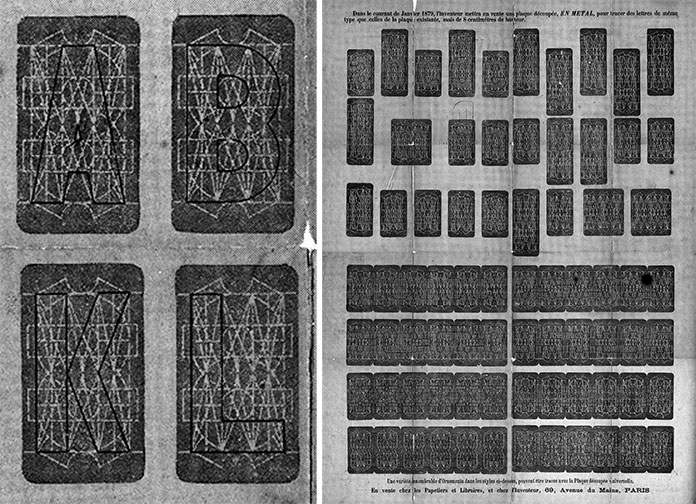 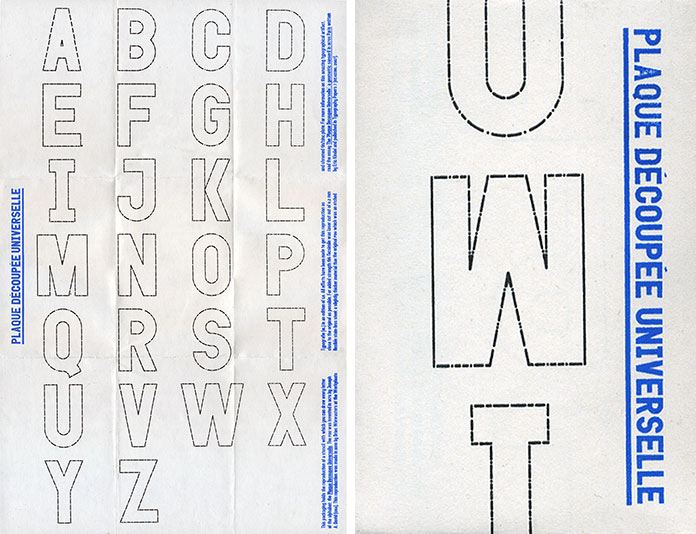