« Nobody had ever heard of San Serriffe before April 1, 1977, when the Guardian newspaper (UK) published a special 7-page supplement on the 10th anniversary of that nation’s independence from Britain.

The archipelago was discovered by the English in 1421, colonised by the Spanish and Portuguese and later annexed by the British, ceded to the Portuguese and later for some time a condominium between the latter two nations. San Serriffe gained its independence in 1967. It took the independent nation 20 years of military rule (mainly by a general Pica) before it managed to elect its ﬁrst civilian president, A. Bourgeois, in 1997. 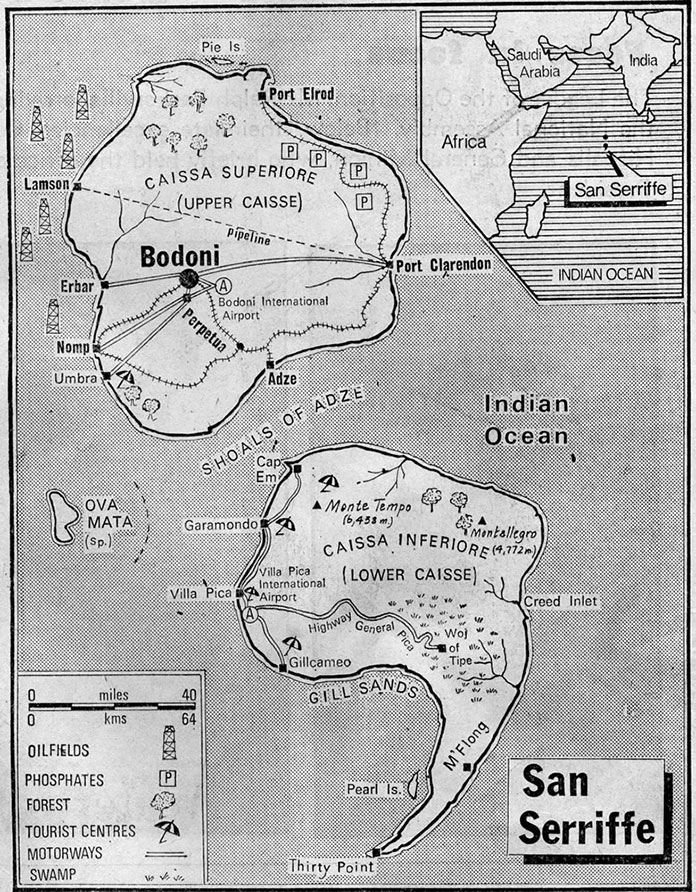 San Serriffe’s exact location is a matter of dispute. It has been situated in the neighbourhood of the Seychelles, but it appears the island nation drifts as much as 1.4 km per year. Even this astonishing speed does not account for sightings of the archipelago in places as far-flung as the Bering Sea and just off New Zealand’s South Island. (…) » 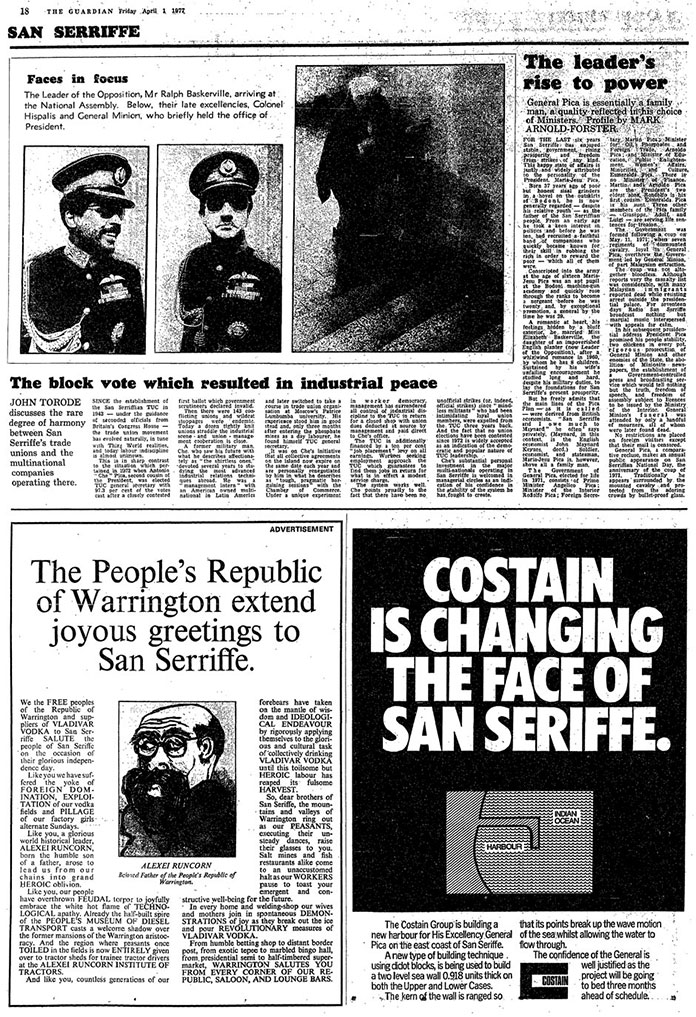 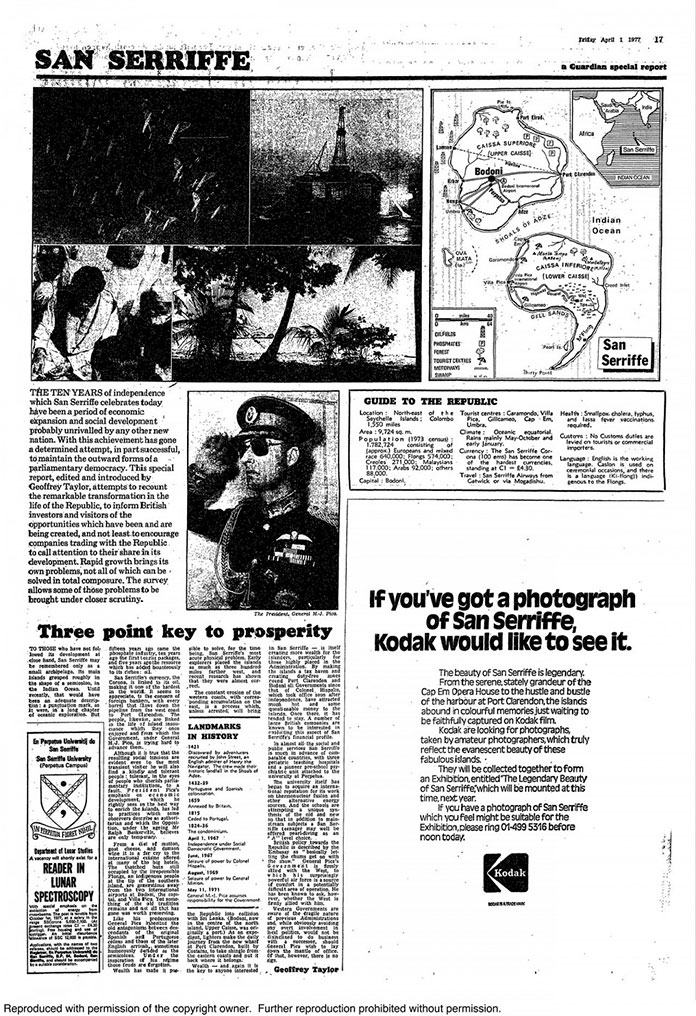