A lecture with Daniel van der Velden,
member of the Dutch design research practice Metahaven.
The lecture is a part of Iaspis’ Open House program / August 29 – 30, 2008.
–

« Metahaven is a design research collective based in Amsterdam and Brussels, consisting of graphic designers Daniel van der Velden and Vinca Kruk and spatial designer Gon Zifroni. By “ research ”, the group implies a cumulative gathering of data, inquiry, imagination and speculation which informs and influences their work in graphic and information design, branding and iconography as well as space and built form, and in combinations of both. While Metahaven focuses on the proposal as a space for critical inquiry, it merges this direction with activities such as communication design, spatial design, consultancy, and writing. The pamphlet White Night Before A Manifesto, published in May 2008, compiles writings on contemporary design paradigms from politics and aesthetics to labour conditions and manifestos in search of a new paradigm of criticality departing from the new appearance of design as an object of value accumulation beyond use and function.

Metahaven’s members teach at various institutions in Europe and the U.S., including Yale University in New Haven, the Academy of Arts in Arnhem and the Sandberg Institute in Amsterdam. The collective started from an interest in defining design as relevant outside the realm of function, concerned with imagination and hypothetical thinking on the one hand, and symbols, histories and ideologies on the other. One way to achieve this condition was seeking an “ outside ” to commissioned design by means of pro-active proposals. This quite naturally applied to corporate identity and place branding. […]

Magnus Ericson: Metahaven is a collaborative research project. Can you tell me a little about its background, how it all started ?

Metahaven : Metahaven is a design research practice with three partners: Vinca Kruk, Daniel van der Velden and Gon Zifroni. We started because we wanted to work on theoretically informed methods for design, to create a space for imaginative and speculative thinking, and to combine this with a highly visual output. By “ research ”, we imply a cumulative gathering of data, inquiry, imagination and speculation, which informs and influences our work in graphic design, branding and iconography as well as space and built form, and in combinations of both. We are also working from concrete case studies; in the beginning these functioned a little like commissions in the sense that they provided focus and limitation, such as in the case of the House of the People in Bucharest or the Principality of Sealand in the North Sea near Britain; for these case studies we created speculative identity scenarios in order to address an existing situation, where we used the shady and ambiguous qualities of that situation to propose new things. While we focus on the proposal as a space for critical inquiry, currently we merge this direction with activities such as communication design, spatial design, consultancy and writing. The recently published pamphlet White Night Before A Manifesto compiles some of our writings on contemporary design paradigms ranging from politics and aesthetics to labour conditions and manifestos. Our practice is much more about research & development, about setting agendas. But of course eventually every design practice needs some form of client or commissioning. Sometimes it seems we are answering questions that are not yet there.

You have described your practice as “ a think tank focusing on design, visual identity and the political ” and that your aim is, “ through design research, to re-think political potentialities in design and to generate visual-theoretical discourses ”. Can you explain what you mean ?

We mean that we make visual works and write texts, and that both these activities relate to each other and to themes like identity and power. We rip the world of signs apart and expose politics, ambiguities, and mistakes involved in them. “ Identity ” has a specific meaning in design as “ corporate identity ” — a practice that consists of assigning images to organizations so that they, their products and their services can be recognized and promoted. This is what designers do when they design a corporate identity.But identity is also a concept by which we somehow try to measure what it is we are, as in “ the European identity ”. One could say that what designers do deliberately — to design identities and assign these to others — actually is an impossibility; identity is a process that has not design, but chance, at its base. It is a series of events that you only partially control. One example is the name that is given to you at birth. You do not control it, it happens to you as a chance event. Every identity is a result, and the shifting that takes place when identities get twisted, misused, or changed in an ideological direction is one focus of our work. This is why we’ve introduced the term “ Uncorporate Identity ”. Think, for example, of the lack of control global organizations like the United Nations or the International Red Cross have over their key symbols and the way these are perceived. The meaning assigned to their brand signs by perception, misinterpretation and abuse is more powerful than the original intentions these signs were meant to express. There is no control. 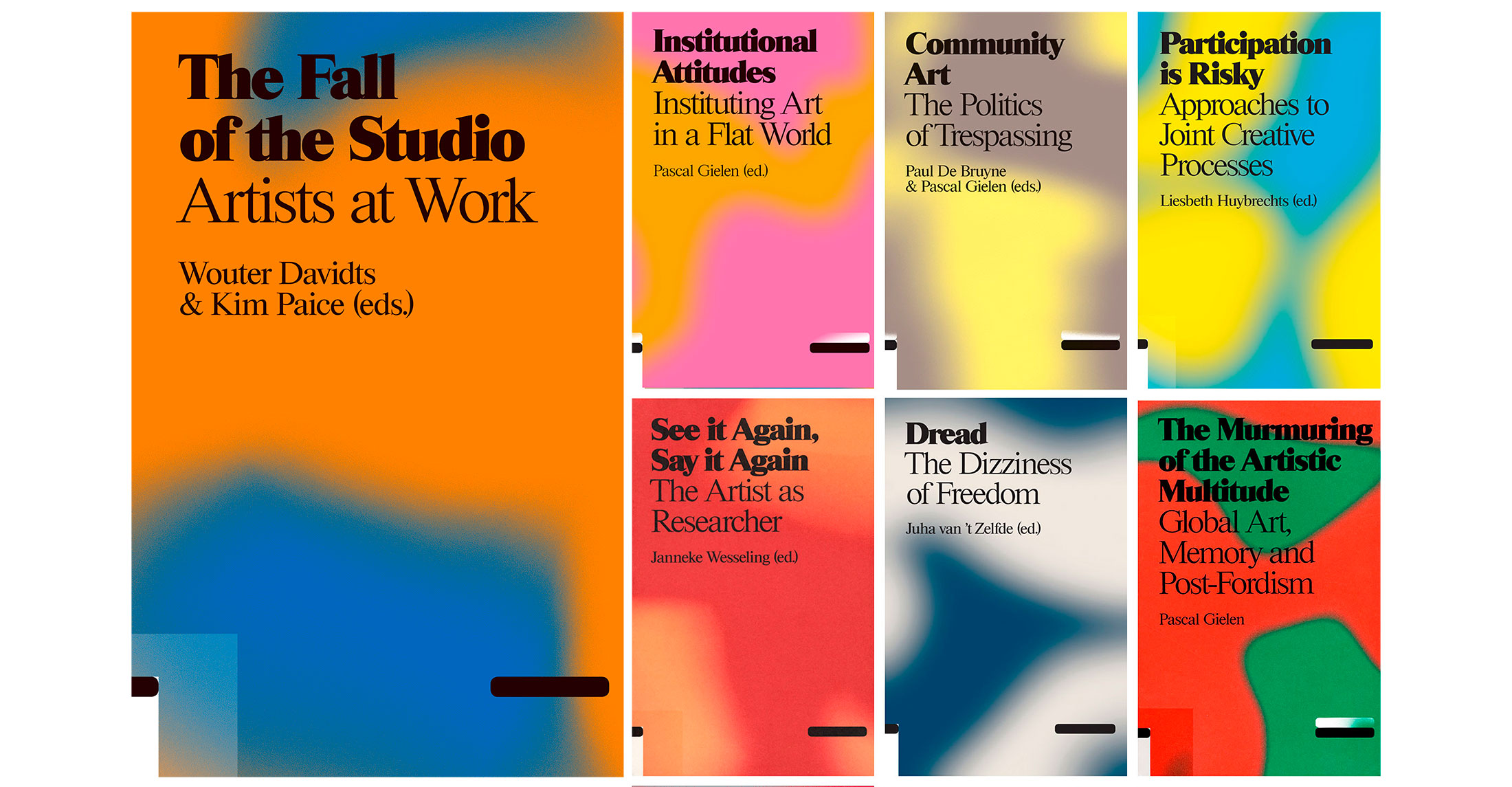 Another way to speak about identity is by “ branding ”, creating brands, which becomes a practice away from the image. A withering away of what one could call the regime of the logo in favour of diplomacy, consultancy and political narrative. Branding becomes consistency of policy, and principles of image making are being built into government, so that “ good ” politics become equalized to “ good-looking ” politics. City branding, for example, gentrifies urban conditions in favour of foreign investment, international image, and global traffic connections, and usually this is at the cost of those who were already excluded from the benefits of globalization. Branding is a playing fi eld for competitors who agree what is to be done and now play out stylistic differences. The Dutch researcher Peter van Ham, who works at the Clingendael Institute in The Hague, compares an EU summit to a “ beauty pageant ”. The problem lies perhaps not even in the image making itself but in the political values presupposed in the images. What branding and soft power do is a fundamental challenge to the project of dissent and “ the political ”; place branding and public diplomacy are further recasting power and influence into something that is already shaped before politics proper come into play. This is the terror of consensus, as spread over the world when brand gurus explain their outlook on the global village. Wally Olins identifies his incentive to rebrand Central Europe with the question, “ Who the hell knows the difference between Slovenia and Slovakia ? ”; Paula Scher proposes to brand Slovenia with a logo highlighting the word “ love ” in the country’s name. Unless it’s all irony, these proposals are based on outdated and unipolar views. Imposing the West on “ the rest ”. As designers we are very interested in intervening in this field and recognize the increasing primacy of branding, while proposing its repolitization.

Your practice is in my view moving beyond what we normally expect from design and the approach is more likely to be found in art. Is it possible for knowledge and experience in either discipline to inform the other ?

We take it as a compliment that you compare our work to art. Defi nitely the artistic content of our work is very important to us, but this doesn’t mean that the work is made to be art. For us it is more relevant to think of our work as design, although informed by investigations that normally wouldn’t make it to the surface. Historically, design and art share some common interests. The Bauhaus considered design, art and architecture as part of the same joint venture and most designers educated in a similar way share these ideas. However, we have to consider that in method and in outcome, but especially in value, design and art are still different. Art is not just a particular type of practice and production, but also the name of a specific value given to a piece of work. Design, by contrast, can be made without resorting to the value of art, because it may claim to solve a problem, provide a service or otherwise do something to combine a purely artistic content with contextual values, derived from an assignment or a research question. Quite naturally, architecture is also relevant, in the sense that many of our works take on an architectural structure or logic. This could be expanded to “ information architecture ”. And there is a role for theory, especially political philosophy, which currently energizes a lot of what we do, apart from ourselves trying to invent (modestly) certain theories of design, such as the ones proposed in the pamphlet White Night Before A Manifesto. We find ourselves in a Superstudio-like dichotomy between highly visual and highly theoretical production. The idea that theory could predict or forbid certain visual outcomes lies (luckily) behind us; the same for the idea that the visual is something that rules out any theory. 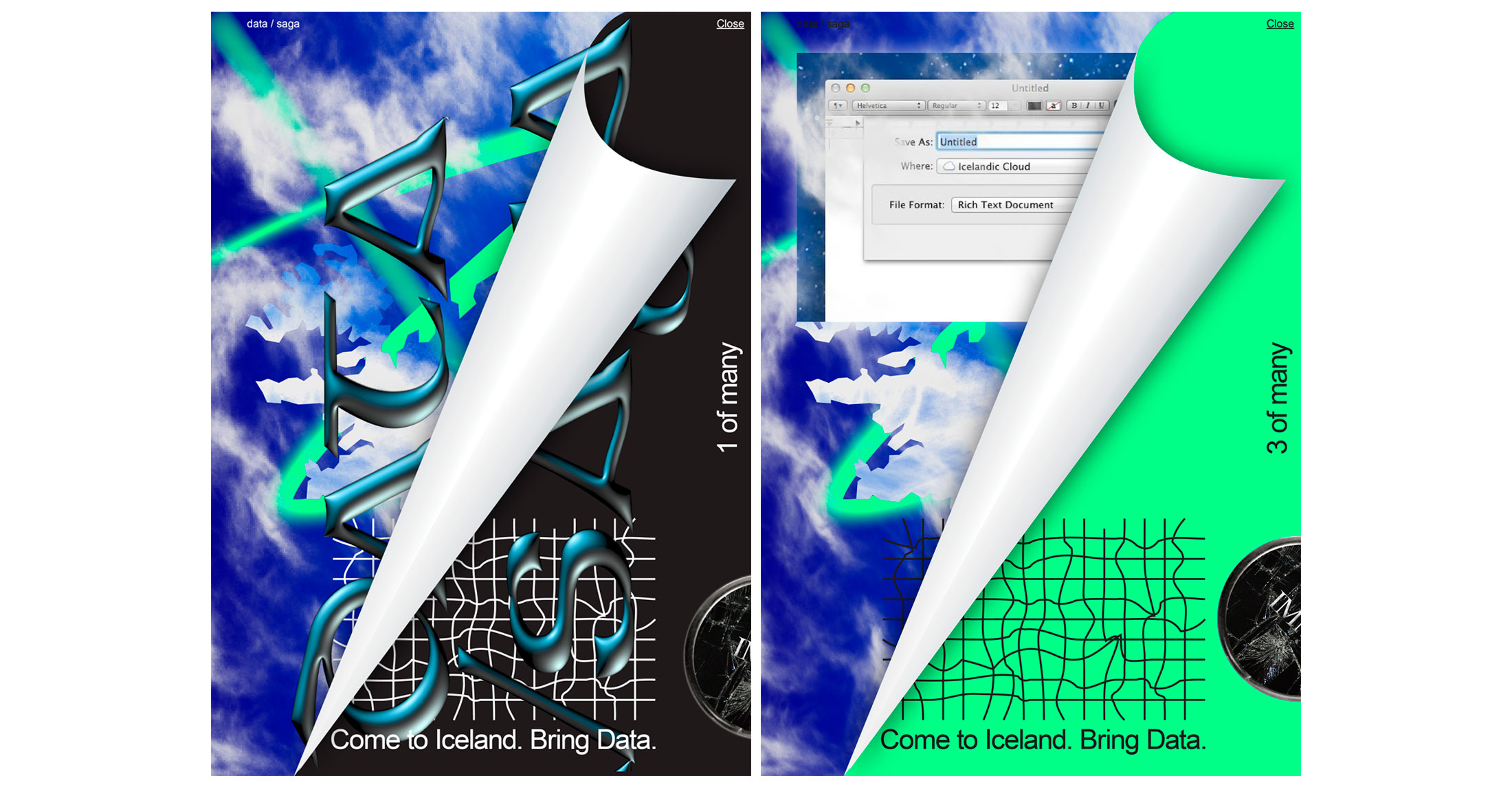 in an overall discussion about graphic/communication design ? How does explorative and critical design influence a more general approach in (mainstream) design ?

New models for design should ideally not just contribute to the overall discussion about design. They should also influence how we talk about the things that design is about. To design is to express something while disappearing as an author, even though you are the author. That is also unlike art. Designers are stealth authors, secret agents, ghostwriters. Yet, the definition of “ designer ” and what a designer is doing is not something that is fi xed for eternity. There have always been different kinds of designers and different interpretations of design as an activity, including the social and political implications. Unlike what we are being told, it is not that all these interpretations merely peacefully coexist. In fact they do produce disagreement; they do produce debate, but especially in Europe there is a kind of equalization of cultural practices (which supposedly defend the last vestiges of state interventionism and art institutions) on the one hand, and commercial practices (who accept the reality of the marketplace) on the other. But if you look closely, that is not a real contrast, and the equalization doesn’t really hold. Those cultural and commercial practices are all internally different. One could design culturally for commerce and commercially for culture, and in fact this is happening all the time. What do most mainstream design practices do in terms of research & development ? Very little, because a mainstream practice must start from ideas that are already affirmed. That is what you’re not doing in design research. In design research and “ investigative practice ” you start from things that are not affirmed. You theorize and intellectualize on possibilities and develop these into working models. So you depart from something that in the beginning sounds very unlikely to ever be true. »