« Graphic Presentation is Willard Cope Brinton’s second book, and is to all intents and purposed a new edition of his Graphic Methods for Presenting Facts published in 1919. In both works, Brinton collects and explains both known and lesser-known methods for producing information graphics. For example, he describes how to make a flowchart from 1’000 paper strips and an ingenious copying technique. Brinton’s collection also includes three-dimensional presentation techniques like the diorama, often used by museums.

Interestingly, it is rumored that the book was part of Otto Neurath’s library. In 1939, Graphic Presentation already included charts in the same style that would later become globally recognized as Otto Neurath’s isotype method. The edition shown here contains significantly more examples and figures in color than Brinton’s earlier one. Graphic Presentation should be regarded as early precursor of Graphis Diagrams, the book published in 1974 by Swiss author Walter Herdeg. » (cit.swissinfographics.com) 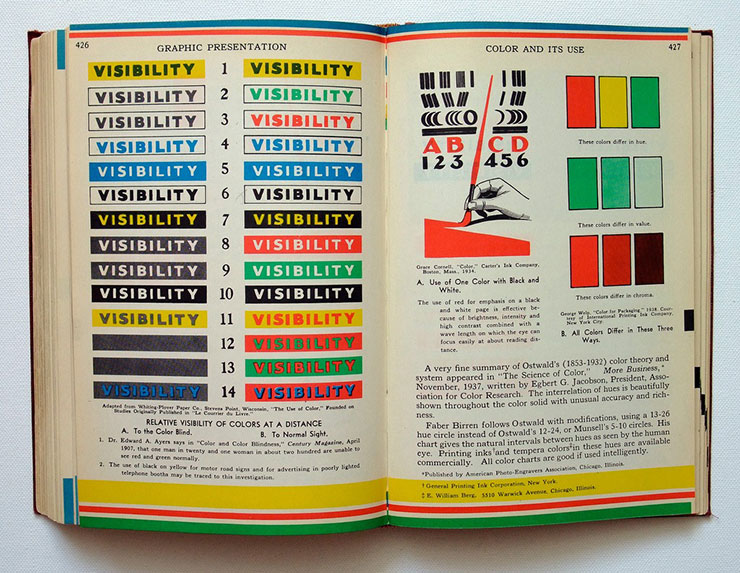 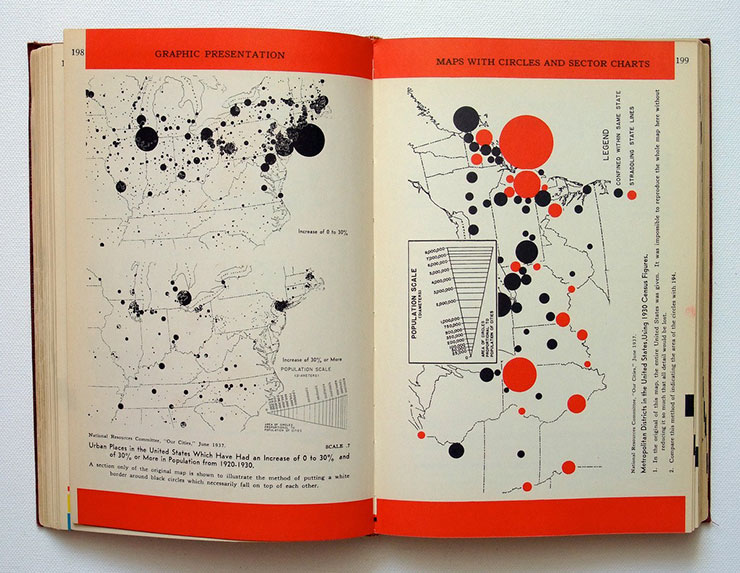 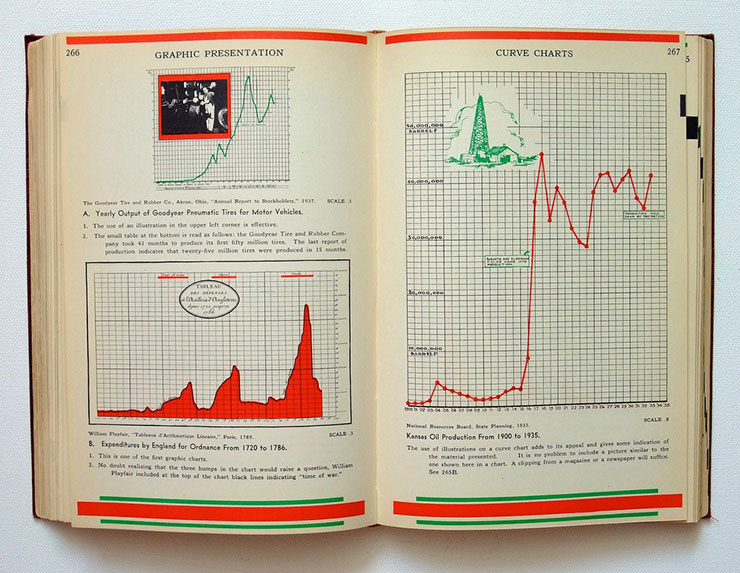 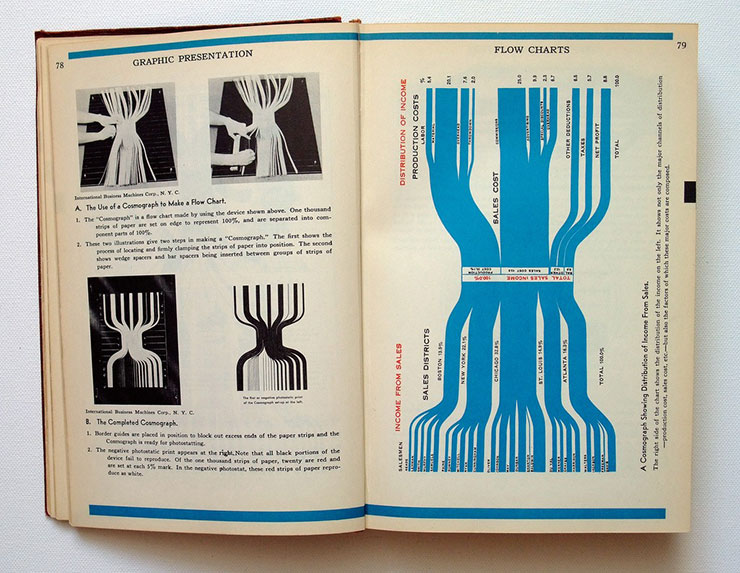