83M80 — Letterpress in the Digital Era

« Spanish graphic designers Gonzalo Hergueta & MRKA follow the evolution of typography and digital communication in their new documentary film, 83M80 – Letterpress In The Digital Era. The self-initiated project resulted in a 10-part series of moveable typeface styles that act as a historical timeline of visual communication and the technologies responsible for it. The filmmakers interview a graphic designer, graffiti artist, and a letterpress extraordinaire as they trace the development of design and typeface, as influenced by errors, misconceptions, and the visual tendencies generated from developing technologies. […] » (cit. thecreatorsproject.vice.com)

« In a way you are making things that are like really kind of artificial in a way because you don’t embrace the error. and the error is part of the beauty of many things […] » – Alex Trouchut 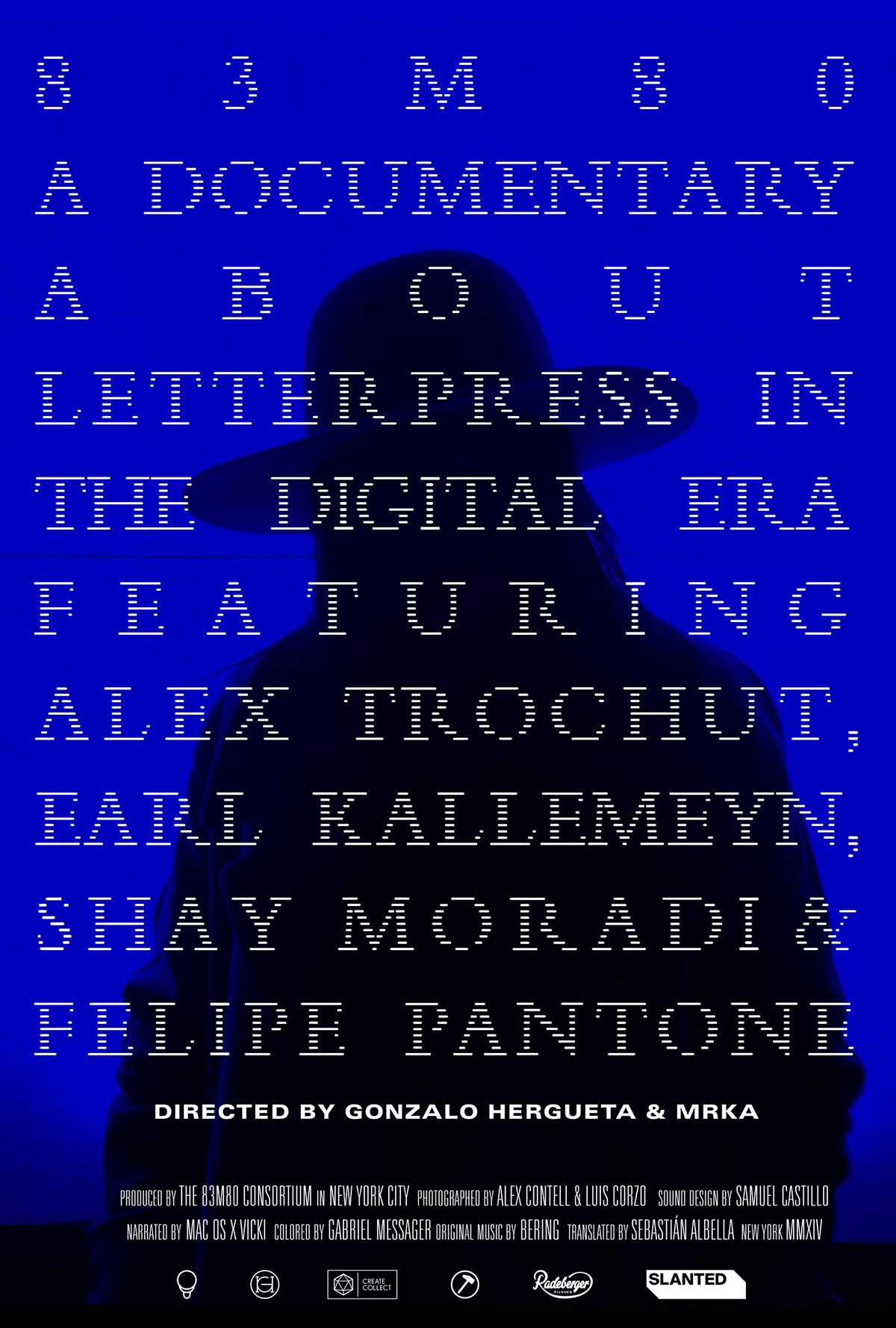